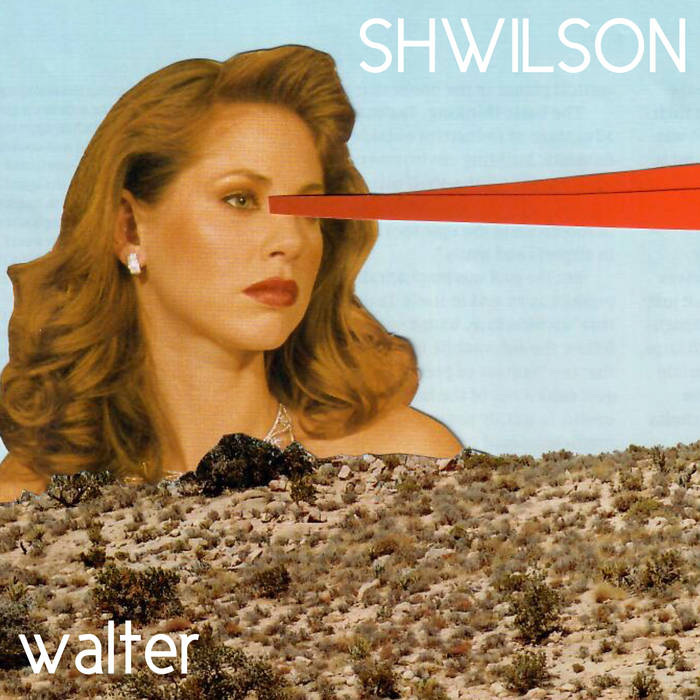 ilbarone 'cause Kyle made it.

'walter' is a reflective study on anxiety and the power it has to manifest physically in the human body. It represents the exploration of the complexities of the human mind and the discovery process of recovery. Hopefully it provides some source of warmth, humor and nostalgia to listeners.


"Kyle Wilson, typically known for his charming warm sound on jazz tenor saxophone, releases his sophomore album "walter" under the clever reverse-doubly-ironic moniker "SHWILSON", again choosing to funnel his creativity through a $40 Casio keyboard, which doesn't offer a programmable ADSR envelope. Uniform with his first, self-titled release, we hear Wilson expertly accompanied by Zach Lane on basses and Hayden Hawkins on drums, with a flurry of guests, probably coerced into contributing to each track after consuming alcoholic beverages at Wilson's house and home studio.

I have no idea what genre to call this music or what other bands I could possibly name as a parallel or influence, and that's a good thing. Maybe there are some, but I am not familiar with them.

There are a couple of tracks with simple melodies fleshed out in lush 3rds on the Casio, over a steady soft rock beat, my favorites really, a couple more ambient ones with more sophisticated harmony, 70's-reminiscent free jazz-rock drumming and some manageable soloing, including the inevitable appearance of the Electronic Wind Instrument (pointedly not by Wilson himself but by fellow Texan Matt Marantz having to do the dirty work), a track of 8 bit only keyboard, and a bossa nova track with the single emergence of Wilson's tenor, an event so grave it is offset by the addition of tropical bird sounds, marking the height of tongue in cheek undertone permeating the album in various degrees. Throughout, the Casio gets a nice (suspectedly post manufacturer) treatment, adding a nice vibrato and various delay effects, adding warmth and surprising the listener with the instrument's versatility. Unfortunately the nice steady beats don't return after the halfway point, which is a little bit of a bummer, but the album is short and concise, not a minute longer than necessary.

Vintage keyboards have made a light comeback into the jazz scene lately, I have seen Aaron Parks and Sam Harris schlep their Prophet 8s into the holy Vanguard lately, and then there's Sean Wayland of course. But great jazz musicians' side projects that eschew the jazz references almost entirely - on alternate instruments - are typically much more rare, fun, almost always short-lived and financially doomed from the start and a recent development, probably fueled by the imaginary possibilities of self released music on the internet; at least I haven't heard of John Coltrane's gamelan side project or Ornette Coleman's a-capella group. I fondly remember Seamus Blake's tragically named "mooesjaww", his foray into alternative rock, as well as Reid Anderson's electronic music, which yet has to see the day of light - or the day of bandcamp.

"SHWILSON" adds another facet to this spectrum; it is nice to hear some music in other genres where an interesting chord change doesn't just come about by sheer coincidence, specially if it's in a genre that is not as predictable as the usual branching off into hip hop, soul and singer songwriter-type music."

SHWILSON is the electro-psych alias of Kyle Wilson. He explores the versatility of Casio keyboards and synths inspired by the sounds of vintage horror movies and video games, such as Big Trouble in Little China, Pilotwings and Videodrome.

Bandcamp Daily  your guide to the world of Bandcamp

Featured sounds from Fly Lo and Ahmed Idris, plus Mother Nature hops on to drop off new project